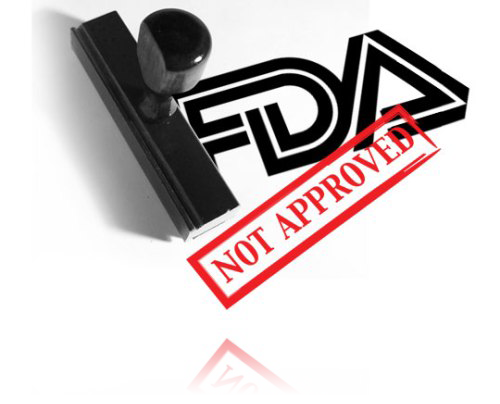 One of the marketing tactics that I commonly see on local TV commercials, internet ads and billboards is for plastic surgeons to proudly post the phrase “FDA approved” or “FDA cleared” somewhere in their advertisement.  Usually, it is an aggressive advertisement for some type of non-surgical device or non-surgical cosmetic treatment. Technically, the FDA does not actually “approve” devices; they clear them for sale in the US.  Does an “FDA” stamp mean that the device or cosmetic treatment truly works? Does it guarantee that the non-surgical device or cosmetic treatment was vigorously tested to meet high FDA standards of safety and effectiveness? You will be surprised at the answer to that question.

I believe that consumers should NOT consider an “FDA” stamp on a cosmetic non-surgical medical device as a guarantee of device effectiveness. The FDA is an agency that basically conducts a risk-benefit analysis that allows an item to be marketed for particular indications – sometimes requiring little or no testing. The vast majority of devices that undergo FDA review are classified as “moderate-risk Class 2 devices” such as medication pumps, some surgical lasers and fat reduction devices. Many are granted FDA clearance through a controversial process called 510(k). The 510(k) approach may provide a slick backdoor to a “FDA” stamp for many non-surgical cosmetic medical devices. Products get FDA 510(k) clearance if they’re found to be “substantially equivalent” to a legally marketed device, meaning they have the same intended use and technological characteristics — or, if not, that the differences don’t raise serious concern compared to a device that is already legally marketed. There is no requirement of actual clinical testing to determine the safety and effectiveness of 510(k) FDA submissions, though the FDA does ask for clinical data in only about 10 percent of cases (according to a Chicago Tribune article). Unfortunately, consumers immediately assume that an “FDA” stamp on a medical device means that the device is very effective and works extremely well. Consumers assume that it was vigorously tested by the FDA. Obviously, this is simply not the case.

Some consumer advocates also worry that insufficient FDA testing in the FDA 510(k) system lets unsafe or ineffective products slip through. As the chain of “substantially equivalent” devices grow, the less likely it is the new ones bear any resemblance to the original, and usually there’s been no evaluation of safety or effectiveness in between, said Dr. Michael Carome, deputy director of the Health Research Group at Public Citizen, a nonprofit consumer rights group. Devices later found faulty or even recalled aren’t automatically removed from the list, Carome said, so new products could be cleared based on tainted precedents.